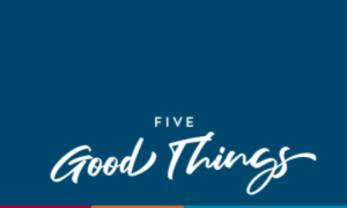 Every once in a while, advertising firms will create and deliver an awe-inspiring marketing move that knocks their client's business goals out of the park. Achieving this "marketing nirvana" often requires the proper balance between playing it safe and being daring. Daring to be daring is nothing to be afraid of when it comes to reaching your audience. The bottom line is: when a company needs to stand out, being daring can pay off. Here are 4 examples of when risk-taking worked for BGRM.

When pests are getting free press, it’s usually for all the wrong reasons. Let’s face it: it’s hard making creepy crawlers look good. But, with Terminix as our client, we wanted to help generate some positive P.R. while also showcasing one of their key brand differentiators: expertise. To do that, we partnered with a regional children’s museum to create an interactive exhibit: The World’s Largest Ant Farm. In addition to a massive Guiness World Record-holding ant farm, the exhibit offered a scale to find out how much a person weighs in ants and introduced children to all of the different roles ants play in their colony. This daring investment in ant education paid off with lots of great earned coverage and engagement for Terminix.

Located in Merry Hill, North Carolina, Scotch Hall is a beautiful golf community development along the Albemarle Sound. The developer was interested in modifying the more traditional sounding community name for something more daring that we could build a unique brand around. After qualitative and quantitative research showed the community’s water access as its most important feature, we arrived at the name Occano—a loose play on the Latin word meaning “Sound.” From there, we built a brand highlighting the Albemarle Sound as the triumphant centerpiece to the community, helping to put Occano on the map…literally.

As the world’s leading manufacturer of shoe insoles, OrthoLite is no stranger to innovation. But this year they unveiled one of their most innovative solutions to date: OrthoLite Cirql. A complete breakthrough in sustainability, OrthoLite Cirql effectively replaces conventional foams with a plant-based circular solution that can return to nutrient rich soil at the end of its life. Can you even get more innovative than that? This daring modernization required the brand to step up (pun intended) and acknowledge the global pollution challenge of which shoe waste plays a significant part of. By taking a step in the right direction (we couldn’t help ourselves), OrthoLite was able to lead the entire footwear industry into a new standard in sustainability by daring to be bold.

Sun City Grand is a thriving active adult community situated in Phoenix’s rapidly growing West Valley region. Built in the 90s, many of the community’s early residents have stayed in the vibrant community longer than originally anticipated. As a result, the average age began creeping up over the decades, making it harder to attract younger residents. After participating in quantitative and qualitative research efforts, the community made the daring decision to drop the well-known "Sun City” brand and rebrand as simply: The Grand. The fresh new look helped to attract new homeowners and will continue to preserve the value of the community for generations to come.

Inspired by these daring marketing moves? Time to take your communication efforts to the next level with BGRM! We dare you to get in touch with us.